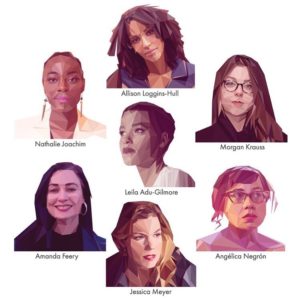 Leila Adu-Gilmore’s collaboration with Cellist Amanda Gookin has been met with widespread acclaim, and the album featuring her work is now up for Grammy consideration in several categories:

The seven works on this album were the first Forward Music Project commissions. This embodied performance is best summed up in The WholeNote album review, “It is the highest level of artistry that can realize a message, a story, or an emotion while seeming to have not performed it at all.”

Forward Music Project shares stories that need to be heard and brings new sounds to ears around the world.