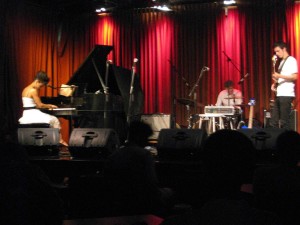 After performances in LA, Chicago, New York and Washington DC, Leila Adu will play her final US date in Atlanta before returning to perform in Italy and the UK. Leila’s trio show in New York for URB ALT Festival with Federico Ughi and Andrew Weeks was described by Bold As Love’s, Rob Fields: “Usually, when a singer-songwriter strips a song down to just voice and piano, it provides for more space around the song, and lets it breathe. In Leila’s case, she’s dealing with such melodically dense concepts that the addition of the other instruments actually served to better ground me as a listener… The additional instruments help you experience her on a macro level. And that’s good, because what she’s exploring is sonically compelling and adventurous.” 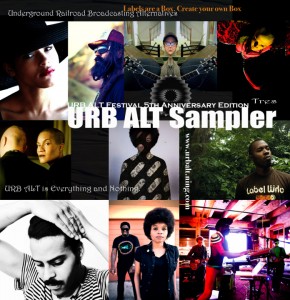 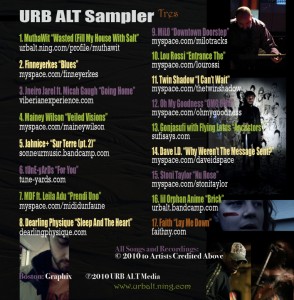 With over 13,000 downloads of their previous sampler, the latest URB ALT Sampler-Tres Free download was released in June to celebrate the URB ALT 2010 Festival launch and includes ‘prendi uno’ the new single by MDF Feat. Leila Adu. Electronica producer MDF‘s solo album ‘Horus’ was released this year and labels are already interested in his next release which will include ‘prendi uno’ and other tracks in collaboration with Leila Adu. The URB ALT Sampler-Tres Free download features artists who performed for this year’s festival:Muthawit, Oh My Goodness, Dearling Physique, The Twin Shadow, MiLo and Lou Rossi, as well members of the URB ALT community from around the globe such as Gonjasufi/Flying Lotus, Dave I.D., Tuneyards, Faith, Jneiro Jarel and more.

Leila Adu’s fourth studio album of songs ‘Ode the the Unknown Factory Worker,’ solo piano, organ and voice with four tracks accompanied by drummer Daniele De Santis, is set to be released by RAI TRADE/Tracce and distributed worldwide in October 2010. ‘The Shoreditch Concert,’ an acoustic free improv concert released last month on Amirani Records of the group of Hannah Marshall_Nicola Guazzaloca_Gianni Mimmo_Leila Adu’ is receiving consistent reviews and radioplay in France and Italy. ‘Dark Joan’ the album produced by Steve Albini out on Frizz Records, is now being physically distributed in New Zealand stores and sites by Border Music www.youtube.com/bordermusicnz 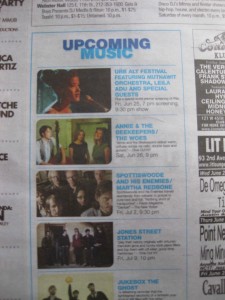